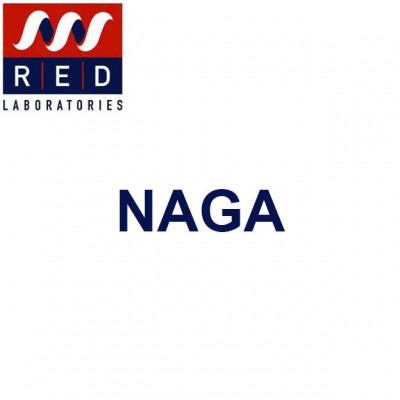 New implemented method for the measurement of patients Nagalase, reported as NAGAnew. It features an improved nagalase measurement differentiating the free nagalase activity, the bound amount of non-active nagalase and the total amount of nagalase (free plus bound).

Requested sample: 3ml serum: collect blood in serum tube (tube with gel), allow to clot for 1h, centrifuge (3000rpm 10min), aliquot & store at –20° / –80°C. Send frozen. Centrifuged serum tube could be shipped on ambient temperature if its delivery to our Lab is ensured in max 24h after the blood sampling.

The values of the new method for measuring the Nagalase are different from those which were reported previously and the normal limits (P10 – P90) are different from those reported previously (new evaluation based on sera from normal healthy people) which have to be compared to the distribution of values seen in different types of patients (breast cancer, ovarian cancer, colon cancer, pancreas cancer …) Using this 3 parameters and their increase in the blood can be used as a diagnostic and prognostic value for a certain type of cancer in each patient. Their value can be determined. The cost of this set of analyses will be charged the equivalent of the old set of parameters. A separated pricing is set up for the determination of the Nagalase-GcMAF complex levels.

In the old NAGALASE test the apparent Nagalase level stand for the nagalase enzymatic activity determined on diluted serum with an umbelliferyl derived specific substrate, but the analytic method is a kinetic measurement, In the new method called free Nagalase we also use the same umbelliferyl derived substrate for Nagalase but the method of determination is an end-point measurement which make the test more robust and less prone to interferences. In the old method the calibration was based on a serum pool of more than 300 donors whereas in the new method the calibration is based on the signal of an exact weight based amount of the end product of the converted substrate i.e. umbeliferone. This approach of calibration and the endpoint method of measurement make the determination more stable and robust. In the new method the range has again be determined on a population of more than 300 normal healthy controls, and as expected this range is situated lower than in the older method. This in agreement with the median values obtained on normal healthy donors for both methods i.e. 0.73 for the old method and 0.43 for the new method.