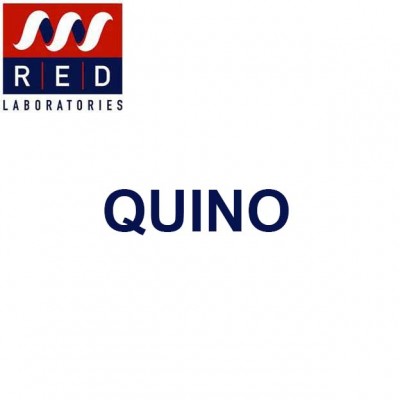 Quinolinic acid is a downstream product of the kynurenine pathway, which metabolizes the amino acid tryptophan. It acts as an NMDA receptor agonist. Quinolinic acid has a potent neurotoxic effect. Studies have demonstrated that quinolinic acid may be involved in many psychiatric disorders, neurodegenerative processes in the brain, as well as other disorders.

Within the brain, quinolinic acid is only produced by activated microglia and macrophages. Quinolinic acid levels are increased in the brains of children infected with a range of bacterial infections of the central nervous system (CNS), of poliovirus patients, and of Lyme disease with CNS involvement patients. In addition, raised quinolinic acid levels have been found in traumatic CNS injury patients, patients suffering from cognitive decline with ageing, hyperammonaemia patients, hypoglycaemia patients, and systemic lupus erythematosus patients. Also, it has been found that people suffering from malaria and patients with olivopontocerebellar atrophy have raised quinolinic acid metabolism.

Over the last two decades, evidence for the involvement of quinolinic acid in neuroinflammatory diseases has been exponentially increasing. Within the brain, QUINO is produced and released by infiltrating macrophages and activated microglia, the very cells that are prominent during neuroinflammation. QUINO acts as an agonist of the N-methyl-D-aspartate receptor and as such is considered to be a brain endogenous excitotoxin. Since the discovery of the excitotoxic activity of QUINO in the early 1980s, several other cytotoxic mechanisms have been identified. We know today that QUINO acts as a neurotoxin, gliotoxin, proinflammatory mediator, prooxidant molecule and can alter the integrity and cohesion of the blood–brain barrier.